Working title: The adventures of Blushies

The first few chapters are currently being written and once done will be drawn in a web comic format, note that this a work in progress and may contain weirdly constructed sentences as I’m editing the story as I go so you can consider this a preview.

The story starts around a time when out of nowhere several large fleets appear and became clear they are hostile. Despite attempts to counter the invading enemy forces the Blushies eventually lost due to the overwhelming fire power. Those that were further away from the initial attack saw what happened and scrambled to gather nearby forces to fight back or made attempts to contact allies from nearby planets requesting assistance but found out are also under attack thus unable to send reinforcements as they had trouble holding them off as well.

Considering the dire situation and the knowledge that they were not the only ones under attack a hasty decision was made to gather the remaining defense forces into one final attempt hoping to reactivate a portal located where the attack happened created by the Creators that oversaw the pocket dimension eons ago. At first it seemed to work but after a short while a blinding light emitted from the portal attracting the nearby enemy forces and the portal powered down, how many Blushies made it through they didn’t know exactly but it weren’t many and those left behind were unable to hold back the enemy for much longer. As both forces continued to battle on planet Blushy the Blushies wondered if they made the right decision and whether this was the end of their long peaceful days and the start of a nightmare..

One of the Blushies that made it through is BlushyFace that got caught between the battle while eating his favorite snack called celestial jellybeings, one of planet Blushy’s most delicious snacks. Each one contains a mystery flavor that when eaten feels like heaven. Saddened that his jellybeings were scattered all over the ground due to the enemy blasts while finally had enough money to buy them he was determined to stop them so he could be left in peace enjoying what he likes most, eating delicious yummies. Seeing the other Blushies going through the portal he managed to sneak inside one of the BLUFO’s during the confusion.. 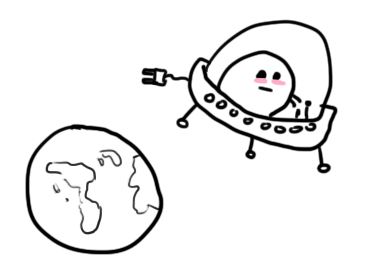 BlushyFace, searching for allies to help fight the enemy invasion so he can enjoy his favorite snack called celestial jellybeings in peace.

We use cookies on our website to give you the most relevant experience by remembering your preferences and repeat visits. By clicking “Accept All”, you consent to the use of ALL the cookies. However, you may visit "Cookie Settings" to provide a controlled consent.
Cookie SettingsAccept All
Manage consent

This website uses cookies to improve your experience while you navigate through the website. Out of these, the cookies that are categorized as necessary are stored on your browser as they are essential for the working of basic functionalities of the website. We also use third-party cookies that help us analyze and understand how you use this website. These cookies will be stored in your browser only with your consent. You also have the option to opt-out of these cookies. But opting out of some of these cookies may affect your browsing experience.
Necessary Always Enabled
Necessary cookies are absolutely essential for the website to function properly. These cookies ensure basic functionalities and security features of the website, anonymously.
Functional
Functional cookies help to perform certain functionalities like sharing the content of the website on social media platforms, collect feedbacks, and other third-party features.
Performance
Performance cookies are used to understand and analyze the key performance indexes of the website which helps in delivering a better user experience for the visitors.
Analytics
Analytical cookies are used to understand how visitors interact with the website. These cookies help provide information on metrics the number of visitors, bounce rate, traffic source, etc.
Advertisement
Advertisement cookies are used to provide visitors with relevant ads and marketing campaigns. These cookies track visitors across websites and collect information to provide customized ads.
Others
Other uncategorized cookies are those that are being analyzed and have not been classified into a category as yet.
SAVE & ACCEPT